The Founder is warning about the dangers of creating top down structures (HOA) instead of true Decentralized Autonomous Organizations (DAO): https://twitter.com/aeyakovenko/status/1494009149616574469?s=20&t=sWXZTGjV_1lbhHPaXnwalg

What does decentralization mean?

For me it means an equal distribution of responsibilities, and power.

Those NFT holders can vest a level 3 NFT and make it worth at least 250k x10 = 2.5Million MNDE of voting power

A lot of small investors can’t afford allocating part of their funds, and may feel there’s little value in being .04% worth of a vote.

Marinade is aiming to achieve two goals with this project:

Economic benefits of MNDE can, and should be separate from governance.

There are many examples of voting power leading to project failures, forks, and creating hostility among the community it aims to support.

After someone passed a governance proposal to take over the crypto project, Build Finance is now hard-pressed to find a path forward.

The current system has a starting voting ratio potential of 0.04:1

Those in the DAO who are engaged in the process should have an equal opportunity to near 1:1 voting power.

Have you heard of Square Root voting? This is very equitable as it ensures that minority voters get a greater voice in governance. 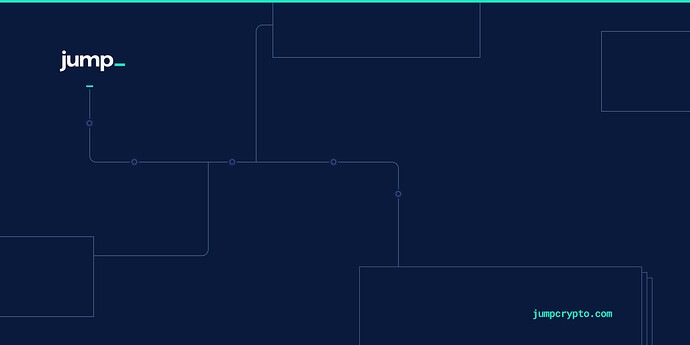 Jump Crypto, a division of the Jump Trading Group, is a global leader in web3 infrastructure development and investment.

Let me offer a further example:

Person-A struggling with less income has to contribute a larger share of their disposable income to participate.

Voting power has the potential to create super-minorities over time, which I feel is not in line with the vision of marinade.

It would be difficult to distinguish between one entity with many wallets and multiple entities with 1 wallet. A square root voting structure in this situation would likely be games immediately.

One entity with many wallets is very similar to one whale with 40x voting power.

Both are ways to game the system.

A bad actor could be identified due to patterns, linking wallets, etc… We’ve invented cryptocurrency as a collective, I think there’s a lot more possibilities we’ve not even tried to fix.

I see square root voting as just reducing the overall value, but since it’s not on a curve the person with more MNDE always has more voting power.

If the alternative is that the small participants need to form unions, or get delegated votes (which I don’t agree with because every union gets crushed in my country) then the infrastructure to support this should be on the roadmap.

I think the most ‘fair’ governance model is one entity = 1 vote (entity = person or organization). Unfortunately this is not really possible on crypto without KYC. There are potentially some ways around this with decentralized ID systems (e.g. Civic Pass) or on-chain credit scoring systems.

Such a system is also not aligned with the existing MNDE token and would mean governance would not be based on MNDE holdings. In this case, MNDE would still need to maintain its value if it was not used in governance.

Governance should be based on holding some MNDE. There is a lot of metadata that can be pulled from a wallet anonymously that could be used as way to allow small holders to earn an equal vote.

Voting is the most essential aspect of governance in the real world.

I believe @gekonn was correct about priorities for small fish (something he brought up in discord).

By creating an enticing incubator program we can:

In this model voting is a reduced priority for Level 1, but they are shown an achievable path towards Level 5 and equal voting rights.

Let’s not forget Level 5 either. This elite group of investors deserves access to higher risk/return options. They have learned how to safely manage margin, leverage, and have earned their success in this crazy market.

What are the 3 ‘levels’ you are referring to? There are 5 tiers for the NFTs, not 3.

Fixed that so it makes sense. I’ve been discussing theocraticals and I’m trying to group up the concerns and ideas of others. That error was me discussing governance models offline.

Representation from each tier is what I am trying to outline.

The tiers could also represent the ability to vote equally on certain topics.

I have a question regarding this:

How could Marinade limit or enable MNDE holders to receive leverage on DeFi or loans, if it does not run any protocol, that enables that?

Marinade is a protocol, that diversifies stake across the solana network to achieve durable and secure network state. By staking it also accrues value for stakers. There is no lending, LP-ing (only for unstaking) or buying options merged into the protocol.

MNDE will be used to govern the Marinade protocol, but not the others. This means we can’t arrange your proposed situation.

Also as mentioned determining how high percentage of ones wealth is being held in MNDE tokens is not possible due to anonymity of users without KYC. Even if the KYC is done, how could you decide how much user has trusted in the Marinade?

Also some users were accumulating MNDE to have more influence and telling them now, that their position is the same as is position of those who have used their tokens to earn additional yield and buy only little MNDE.

In the past Marinade gave out MNDE in retroactive claim based on how much user has trusted in it while it was a new kid on the block and i believe it was a good and fair claim.

I believe we should continue in including the little MNDE holders (I am not big holder as well) by giving them voice, but those who took bigger risk and believed a lot in Marinade, should be valued and heard as well.

We are currently in the situation where literally anyone can be heard in our discord and as mentioned in the Open Kitchen, more than 40 people joined the team since September, so this happens along the way. I am the example of such approach.

My take on this is: let the small holders be heard and give those big believers who hold a lot of MNDE voice as well. They have more skin in the game and by holding a lot of token they want it to bear the same or even bigger value. And that benefits everyone.

Thank you for reading this

I think giving smaller holders representation would only work if MNDE functionality is split in two:

With proposed integrations, including locked tokens, there are ways to build a solution that takes the NFT Tier level into account.

You’re correct that you can’t implement any of these changes today, but we most definitely CAN discuss something that constructively looks for solutions.

Let’s return to the original questions

I’m not sure we need KYC. I competed in a hackathon where I presented a way to validate anonymous voters (for safety due to real world hostilities). Every system is prone to manipulation, which is why as a you would need to check for duplicate IP addresses, and a unique address; my system is too complex, and out of scope for this topic. I just want to point out that anonymous voting without KYC is something that’s very important in distressed/volatile geographical regions.

Tier 1 still has an MNDE entry fee, so if someone makes 100 wallets they are going to be locking a lot of MNDE. I see this as being a deterrent, but this is where some data points would be needed to come to a conclusion. More locked MNDE is the goal!

One person could have some significant external factors (like health, inflation, acts of god, etc) that prevent them saving as much.

In terms of risk Joe has sacrificed his ability to live comfortably in order to participate in this example.

NOTE: I’m trying to pull in some of our silent community to feel involved post launch.

ALSO NOTE: Feel free to chat with me anytime about this subject. I’m fully in support of our governance launch and focused on building an inclusive roadmap given what I’ve observed in other DAO structures.

I think it’s admirable to want to include as many voices as possible - particularly those that often go unheard! To me, this is decentralization at its core and is one of the reasons why DeFi protocols have gained so much popularity in the first place. Anyone with an internet connection can use these services and can find a way to contribute if they wish to do so. That said, I also believe that the more economic skin in the game one holds, the more committed that person or group will be to actively participating and making sound governance decisions that benefit the overall health of the protocol in which they invested.

As far as NFT voting systems go, I am partial to a voting system where 1 NFT = 1 vote. But, as is the case here, I have no problem with assigning a multiplier to more expensive NFTs so that they carry more voting power. Again, the more economic skin in the game, the more committed one should be to maintaining and/or improving the overall health of the protocol.

I realize that Marinade is incorporating elements from both of these systems to an extent. I think it’s a refreshing approach to governance tbh. I’m all for it.