mDAO proposal: install a marketing and promotions budget of up to 6M MNDE for the next 12 months (July '22-June '23)

It’s imperative that we rely on the DAO and that we honor governance, however we also need the ability to be agile and make decisions quickly. The reason why I love this proposal is that we get the best of both worlds: transparency and agility.

This is very important!

If the success of the recent Token Exchange Program is any indication of what we can expect out of this team, I think we will be just fine. In just a few weeks:

I appreciate the enthusiasm!

We haven’t pushed this given that there were some more pressing issues and, personally, I thought we should view any outlays - whether MNDE or USDC - through the lens of the budget from DAO proposal - Delegation strategy update & fee structure changes. We were asking the DAO to allow for changes so that Marinade was sustainable, so it behooves us to assure the DAO we are good stewards for the treasury.

@btuck will be back this coming week, and we have been discussing some small proposal tweaks to pre-commit to the budget being spent in a way that remain aligned with Marinade’s goals. Let us huddle once he has had time to find his footing and we’ll post an update!

I am excited to see what types of marketing and promotion Marinade can do with a budget like this!

Alright folks, as promised, my suggestions for amending this proposal would be:

The tl;dr is: you get to call bullshit if you think we’re squandering the funds; we may not spend the MNDE, but if we do, we need to explain if it moved the needle; and we won’t keep marketing offers open forever.

Let me know what you think!

Well said and in favor of these amendments! It is great to revisit everything quarterly as a full year is a lifetime in this crypto world.

Greetings, Chefs! Any more feedback on this proposal, or can we consider that these are all the necessary amendments?

Disclaimer regarding potential CoI: I hold Apes, Pandas, and various other “Blue-Chip NFTs”

As mentioned in another discussion here, I think maintaining MNDE price stability is paramount (…meaning market cap must go up due to dilution).

I have a hard time understanding what the “marketing & promotion” budget would entail, and what the DAO would miss out if it doesn’t agree to this proposal.

Approx. 1M+ MNDE ($86,000 or 15%) of this budget is currently earmarked for the purchasing assets from bluechip projects for the DAO treasury.

Did the DAO vote on this already? I am not sure if purchasing NFTs is a good use of treasury funds. Have these “bluechip projects” committed themself to anything on their end, such as a token allocation once they have their TGE?

Marinade must elevate the brand to be the de facto liquid staking solution on Solana without resorting to yield farming mercenaries. Brands are established via culture and the culture of Solana is being carved in the NFT space. So it follows that Marinade should align itself with Blue-Chip NFT projects, among others.

I certainly agree that Marinade must maintain the current position as the de facto liquid staking protocol on Solana. Yet I don’t see the direct connection to this proposal –

I’ll let @Torab handle the questions that you directed at him, but I can take these two.

Did the DAO vote on this already?

It has not. This proposal would open the door to doing it if a partnership is within the proposal’s constraints.

I am not sure if purchasing NFTs is a good use of treasury funds. Have these “bluechip projects” committed themself to anything on their end, such as a token allocation once they have their TGE?

I believe some of those discussions have stalled since @btuck initially posted this, and we may end up canceling them altogether - that’s why I added an amendment allowing us to pass on them if they took too long.

Without offering a personal opinion about using the funds for NFTs (currently wearing my neutral “governance” hat), the amendments I posted here commit the team to use the funds only in a manner that pushes the key results forward.

I believe that should take care of ensuring that mDAO gets something in return - it would preclude merely buying a NFT, but would allow if it (say) that’s part of a deal where another DAO sends Marinade TVL, or there is a token swap like the one you mention.

Do you think that the amendments as currently written cover that, or would you phrase them differently?

Agreed that nothing has been committed at this time with regards to NFTs. I do think the Token Exchange Program showed a good partnership framework we should consider for bluechip projects in future discussions. I don’t expect the team to add anything to its treasury it doesn’t see long-term value in.

I believe some of those discussions have stalled since @btuck initially posted this, and we may end up canceling them altogether - that’s why I added an amendment allowing us to pass on them if they took too long.

Without offering a personal opinion about using the funds for NFTs (currently wearing my neutral “governance” hat), the amendments I posted here commit the team to use the funds only in a manner that pushes the key results forward.

My bad, didn’t see that. The amendment seems relatively high level, which can be appropriate here

Is there a formalized spending review process?

My bad, didn’t see that. The amendment seems relatively high level, which can be appropriate here

Yeah, it’s intentionally high-level. We don’t know for sure what shape these partnerships may take, and being too specific could end up on straightjacketing us and having to come back to the DAO for another vote if something falls slightly out of them, which would defeat the purpose of having a framework in place.

Is there a formalized spending review process?

If you mean for the quarterly retrospective, then not really - we have never done this before for the DAO.

This is one of those things we’ll need to figure out as we go.

I expect we’ll have a similar level of transparency on the numbers as our midyear update (read: direct and transparent), but may eschew some specific details on the partnership terms that could give our competitors a leg up.

It’ll be on DAO members at that point to ask for more details if they feel that what we came up with was too thinly sketched.

Folks, any more notes? Thinking about creating these proposals on Saturday or Sunday, so that they are ready to go live on Monday.

I’d like to summarize the recent clarifications, beyond the amendments proposed here, and include some things that have come up on the Discord:

Just chiming in as well. The DeGods team attributes most of their success to trying many marketing tactics, and making adjustments on the go. Try, assess, and try again.

I think it is extremely beneficial to:

To achieve this, the marketing team needs to feel empowered, and encouraged to be flexible and try new things. Hard balance to make and I hope the team can execute upon it. This grants/committee will help achieve that goal.

(just me saying good idea and why)

Good morning, folks. I have activated the marketing proposal on Tribeca, so please make your vote count. 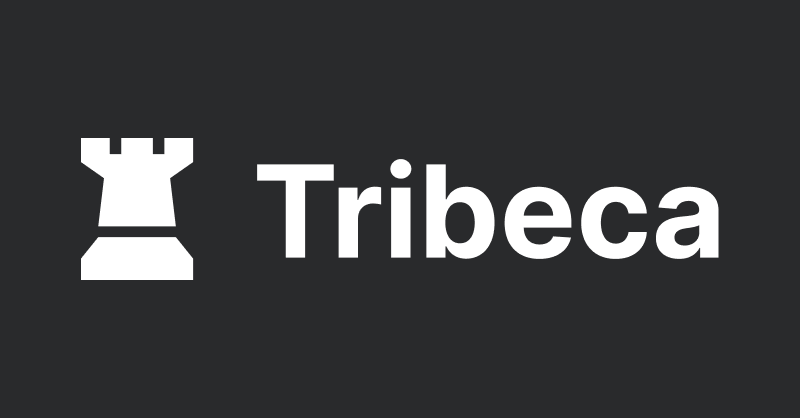 We also have the Grant committee proposal active at the same time. Happy voting!

so here we are now, with 6M MNDE being worth a mere 250k. We have the opposite problem I guess

The Chefs discussed this proposal and the grant committee proposal in the twitter spaces today. Listen to the recording here: https://twitter.com/MarinadeFinance/status/1567165368438775808

Happy to report that the proposal passed! Time for the Masterchefs to huddle and start working on this. Cheers!

Closing the topic, as the proposal passed a month ago. It’s likely better if any marketing discussion happens on its own post.